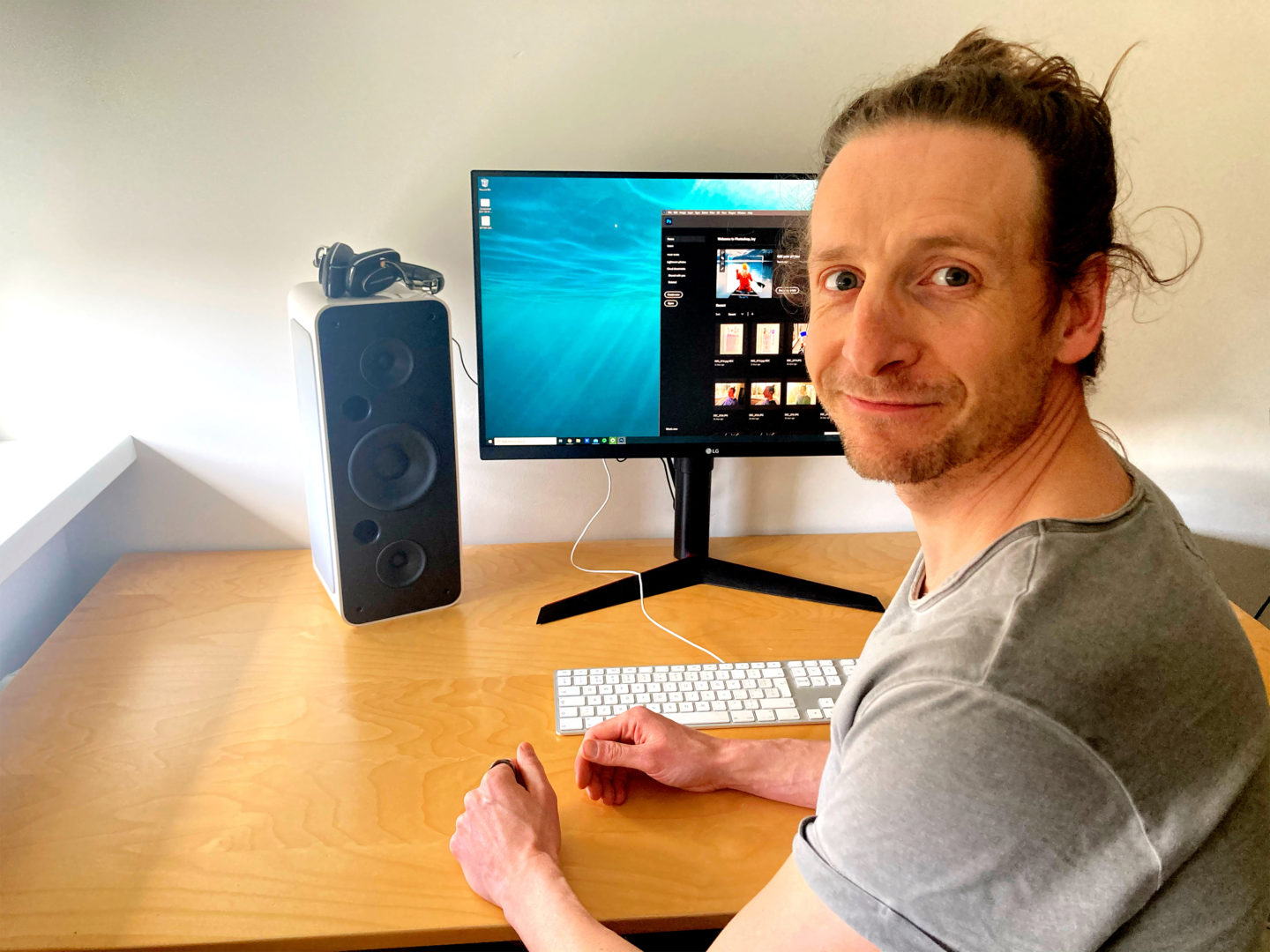 The ability to concentrate is still one of the most challenging things for me. This becomes especially apparent when reading or writing of a screen or monitor. You can imagine that this is hard to work around in daily life. So anything that can help alleviate this challenge is very welcome.

After looking into different (mostly technical) details of modern monitors. I found a couple of things that could be helpful regarding the amount of strain I (and we all) put on our brain and eyes during use. Crazy fact, our eyes are actually part of our brain outside of the skull

Without making things overly complicated these are some points that stand out for me in a sea of technical specifications and confounding factors. Like the brain a modern day monitor is pretty complicated, so bear with me. Or you can just scroll down for the takeaways

One the one most important things is called “flicker”. Flicker in layman terms is a light source that isn’t completely stable or constant. Sort of like a flashlight repeatedly switching on and off. It blinks, or for lack of a better word it flickers

You can imagine looking into such a light for longer periods of time wouldn’t be really all that pleasant. But this is actually what we’re doing when using a monitor, albeit in a way less obvious and subtle manner. It is just an inherent drawback of how a modern monitor works. A lot of things can influence the amount of flicker your monitor or screen has and here are but a few.

Among other things, the switching between the old and new frames can create flicker. It happens so fast that your brain stitches it all together so it still looks as one continuous image. You probably won’t notice this but it’s putting extra stress on our brain to process this subtle flashing light source. In recent years more expensive monitors have been released with higher refresh rates like 120 or even 240Hz, and so creating less flicker.

Most hardware today is actually capable of flicker free operation, but because manufacturers use certain technology to extend the life and energy efficiency of a monitor, this is still an issue.

The higher refresh rate also gives the advantage of increased fluidity when motion occurs. Whenever I’m looking at a screen I get instantly nauseous when there is a stutter during a camera pan, a roller coaster feeling if you will. With an increased refresh rate you get more frames or steps to a movement and it feels way easier for my brain to comprehend and process what I’m seeing.

Below a video to illustrate the effect of increased fluidity when the number of frames increases. You probably can’t see the difference between 60 and 120 frames as your screen could very well be the limiting factor, if it’s running at 60Hz.

The other method Pulse Width Modulation (PWM) method works by quickly switching off for a period of time when a new image is displayed. So at 30% brightness, the screen is turned off 70% of the time. This happens at the refresh rate (typically 60Hz), so very fast. Again you won’t notice this, your brain and eyes just see a seemingly still image. But in the background all of this is happening constantly. Of course this is something that should be avoided as this will increase the discernible strobe-like light effect.

The DC method however has the advantage that it dims the screen by giving the LEDs/crystals in the display less electrical current in which the screen will simply light up less brightly. That way it doesn’t introduce any extra flicker. So that’s why the DC method is favored in my particular case. However…

If you already have a monitor which uses the PWM method you can also dim your screen via a handy app, called Iris (see footnote). It’s about 15 euro and it’s well worth it. Almost all monitors use the PWM method as it is cheaper to manufacture, so unless you have a high-end one that specifically states it’s using DC dimming, you can assume you would benefit by dimming your screen via this app instead of the physical buttons located on the monitor itself.

Next to that it also has multiple handy features which I use all the time. It can for instance adjust your screen’s color balance based on the time of day. That way it blocks most of the blue light entering your eyes at night. Blue light in the evening disrupts your natural sleep rhythm. That’s a whole different and extensive subject, let me know if you want to know more as I can write up a separate article for that.

Also it helps me with taking (micro) breaks through it’s built in timer. Every 2 minutes my screen shows an overlay letting me know that I have to look away from the screen and focus on something in the distance. So that way my eyes can relax a little bit. You can of course change the timer to a longer interval which I imagine suites less visually challenged people

I found this very helpful in extending the time I can spend doing computer stuff. Who knew that taking short breaks actually works

Check out this TEDx presentation by Daniel Georgiev, the software engineer who created the Iris app for a further deep dive into the workings of modern monitors.

Last thing I considered when buying a new monitor is the screen’s finish. You may have noticed that some laptop screens have these high gloss finishes, which will increase the contrast and color vibrance. It looks really good, but the extra reflective surface makes it difficult to focus on the screen. You instead switch between focusing on the reflections and the stuff on the screen itself. My neuro-optometrist compared it to reading from a mirror.

The other option is called matte finish, which will almost be reflective free. Some manufacturers even let you choose between the two when buying a new monitor or laptop. So definitely a matte finish for me 😵

So to summarize my main takeaways

I ended up with a 27″ QHD monitor by LG (model: 27GL850). Besides a good refresh rate of 144Hz and DC dimming, it also comes highly recommended in other categories like color accuracy and ergonomics.

And Oh boy… I really should have bought this earlier. I now have a lot less headaches and I’m able to spend some time behind a computer for once. The higher refresh rate really makes a ton of difference for me. When I set the monitor to a lower refresh rate like 60Hz. The image looks way more “jittery” and uneasy. It’s actually a bit hard to describe.

So if you are experiencing any symptoms like headache, fatigue or other visual challenges after monitor use. It could be worthwhile to take a look at these three things in particular.

Ps. I did also check out e-paper monitors. Which would actually be perfect for me, as they use a completely different screen technology. Think e-reader screen, but bigger. Unfortunately, due to the high price and limited availability, they are currently not a viable option for me.