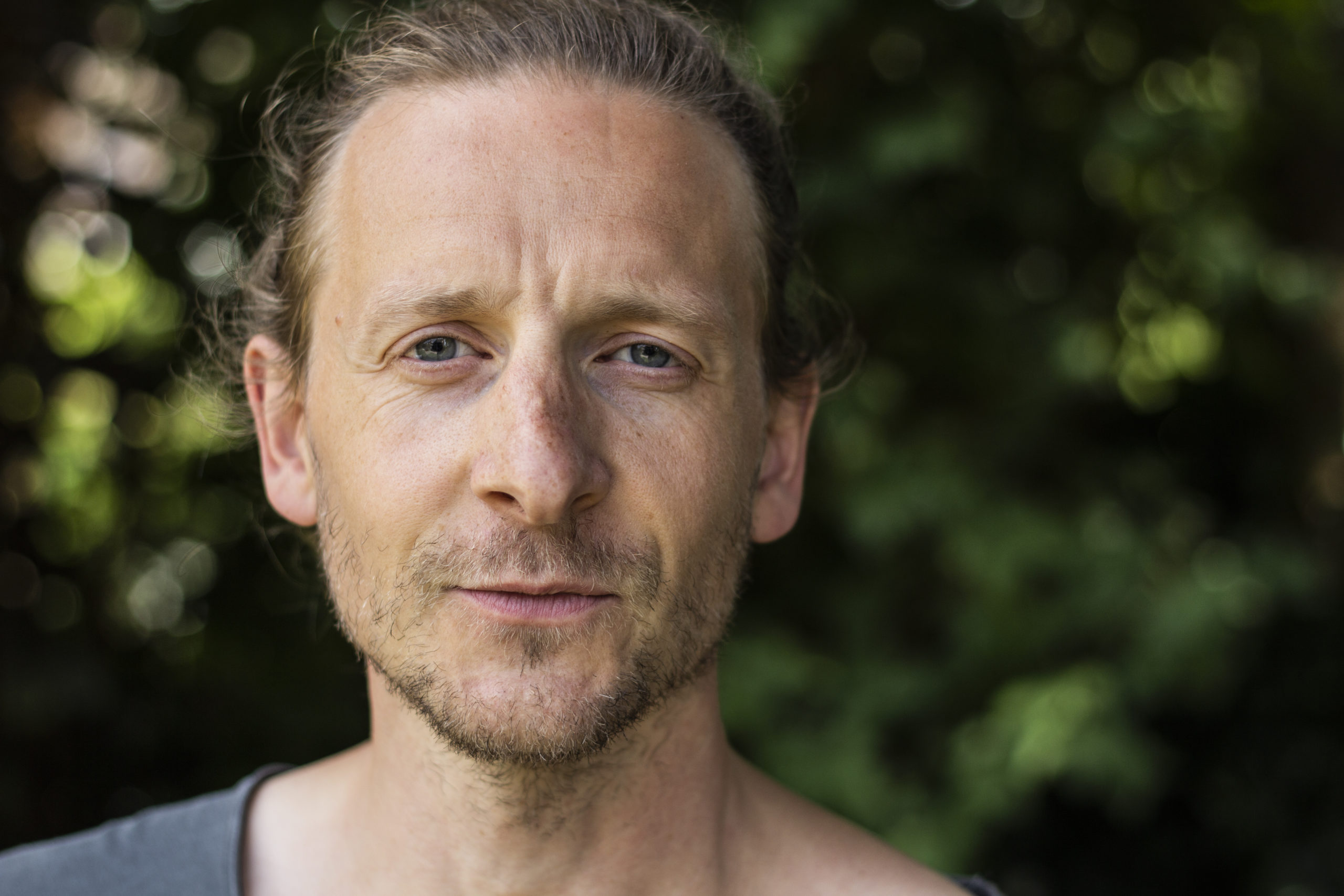 So back in early 2017 everything was going my way. I was just going through the motions of everyday life. Relationships, friends, family and a steady job that was the status quo at the time.

I was driving on the highway to work one morning. It was quite busy but nothing out of the ordinary. I came up a mile or so to my exit and I looked to the right because a motorcycle was passing me on that side for some reason. Looked back in front and there was a car dead still in the middle of the road.

I was traveling at highway speed and instantly braked as hard as I could. But unfortunately I wasn’t scrubbing off the speed quickly enough. So I ended up touching him in the rear and gently massaging his bumper. It actually wasn’t that big of impact seeing that initially the speed difference was so massive. I have my cat-like reflexes to thank for that 🥺

I came to a complete standstill and a couple of seconds later the car behind me unfortunately  suffered the same fate. He couldn’t brake in time, so he crashed into the back of my car. And well, that was quite a big one! Only to be followed by another impact from the car behind him. It ended up being a 5 car pile up with me being in the middle.

In the minutes following I was able to move to the car to the side of the road and get stuff figured out. When I was filling out the insurance forms with the other drivers I noticed that I was quite shaken up, as I could hardly wright due to my trembling hands. And my neck and shoulders started to ache more and more.

At the time I played it down as just adrenaline and shock from the accident, even though most of these symptoms lasted quite some time. As the car was wrecked and undriveable a tow truck had to pick me up and took me to a salvage yard. When I eventually got home I was still really jittery. I “tried”to take it easy that day.

The next morning I picked up my life again like nothing had happened. I still had a really sore neck and had a couple of moments of dizziness during the following days.

At this point I should have acknowledged that something was amiss or at least taken some extra rest. And like so many others in this situation, of course I didn’t. I just continued with life. I thought it would go away eventually. And for the most part it did.

A month or so later I was still not completely like my old self. I was short tempered and not really motivated for anything. But it was all manageable as I could still function in everyday life. I didn’t think this could be related to my earlier accident and just thought it was because of a stressful period or maybe not sleeping well.

Which, let’s be honest, still could have been the case. In hindsight it’s easy to see these things in a different perspective, but you’ll never know for sure of course.

During that time me and some colleagues had a fun get together in the centre of Amsterdam. Like true tourists a boat was arranged that would take us through the canals for some sightseeing. Everyone was enjoying themselves as the weather was perfect. Until that one moment.

I was talking to a colleague and was facing the back of the boat. As we were moving from open water to the canals I turned around to see where we were going. Before I could completely turn my head I was struck by a steel bridge beam just at the top of my head. I instantly thought…

I was a bit disorientated and shocked, and quickly fell down into a seat. The next few moments I tried to get my orientation back because for a couple of seconds I didn’t remember where I was.

My neck and head instantly hurt like hell, but I didn’t lose consciousness. And I can imagine from a distance, the whole thing was pretty uneventful. No one else on the boat even noticed it had really happened!

And as I didn’t feel like drawing attention to myself because I felt so awful. My plan was to just sit there for a while and hopefully brush it off. When the initial shock settled I was still super jittery, with shaking hands and all. Sounds familiar right.

The boat ride ended an hour or so later and I was feeling sort of ok. But I wasn’t confident enough that I could drive back home (which would take more than a hour). I decided to stick around for a little bit longer to see if I would feel a bit better.

Some colleagues wanted a drink so we ended up in a bar close by. I was feeling so uncomfortable, and I didn’t know why. I never had that feeling before. So I went to the restroom to take a quick break from all the talking and loud music. As soon as I entered the toilet everything started moving, like I was in a roller coaster.

“Yes this is definitely my cue to go home” I said to myself. Without mentioning what happened I abruptly waved everyone goodbye as I wanted to get out of there as quickly as possible.

I drove home, I don’t remember exactly how. The one thing that I do remember was my anger on the way home. I was literally screaming out loud, and was just angry at everything around me without any logical explanation. I had no control over my emotions anymore. And the craziest thing is that at that time I didn’t realize that that behaviour was not normal. Like turning into a completely different person all of a sudden. Pretty scary stuff.

The following days were absolute hell. I still didn’t want to acknowledge that something was seriously wrong. I had all these “important” things to do, it was the middle of a beautiful summer after all.

It was a constant jumping between splitting headaches, fatigue, light sensitivity, emotional outbursts or a combination of those challenges. Normal everyday tasks would make me feel instantly miserable. I tried to cope, but after a couple of days, the doctor confirmed what I already knew deep down. I had a concussion.

“So when will I be better?”

…was the first thing that popped in my mind after that news… This resonated with me for such a long time. As the days turned into weeks, followed by months without any improvements.

I actually started going worse because I tried to pick up work very quickly after my accident. My employer at the time was quite flexible, so working from home was my preferred option. But even then it was just a horrible experience. Everything aggravated my symptoms in such a way that it was impossible to function in any way or form, not only at work but also in normal family life. So I spend most of my time alone, laying in a dark room.

During these months I had high hopes that a neurologist could help me get back on my feet, but I quickly found out that any real treatment in the traditional medical field for a concussion is currently non-existent. After a couple of months I was eventually referred to a rehabilitation centre where the main focus was dealing with my persistent symptoms.

I was completely physically and mentally exhausted at this point. I even had to stop working altogether because my health was really deteriorating on every level.

Having no control over your life is awful, especially if you don’t know what exactly is causing it, or how long it will take to recover for that matter. The uncertainty is definitely something I had to get used to, and that actually was one of the hardest parts.

The only way is up

Early 2018 I started to do my own research and experiments regarding concussion recovery. Mainly because I was quite disappointed in the options that were offered by standard healthcare.

This was very hard at first as I didn’t know where to start. I always had a keen interest in optimizing many aspects of my (back then mainly working) life but this was jumping into the deep end. I had absolutely zero knowledge of brain and body workings.

On top of that I had to deal with all the concussion symptoms that limited the time I could spend collecting and processing information. Some days reading a single page would be too much.

Since that initial rocky start a couple of years ago. I have been grateful to be able to experience a lot of different therapies and interventions, which helped me alot along the way.

Some of the ones that were most beneficial include traveling across the globe for a specialized concussion clinic, continued visual exercises via a functional optometrist, and not to say the least, completely altering my understanding of how nutrition and exercise play a vital role in your brain and general wellbeing.

So I’ve come a long way from the darkest days, to now being able to have some social interactions every now and then. It is obviously a very tedious and slow process but I’m committed as ever to keep making progress and one day be in a place that matches my ambitions.

I started this blog to share and document insights on what is helping me recover. I hope these efforts can be used by others to improve their own health and maybe aid them in their recovery journey.

If you have any questions, don’t hesitate to reach out!